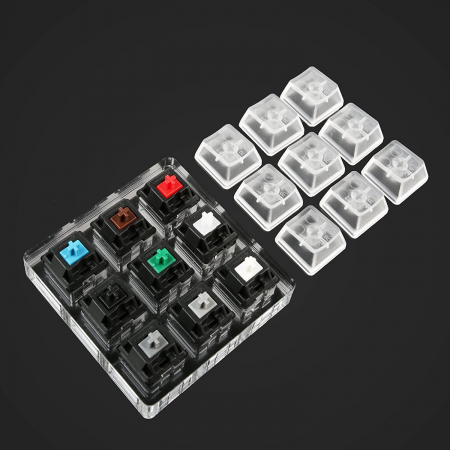 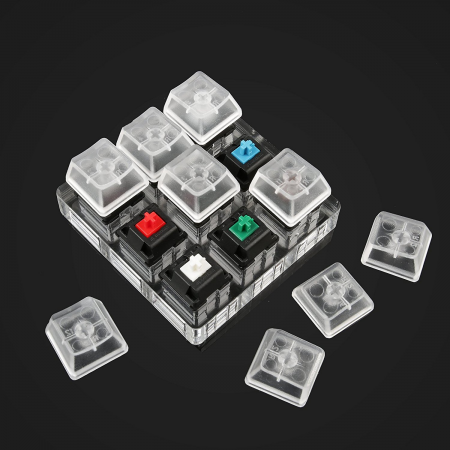 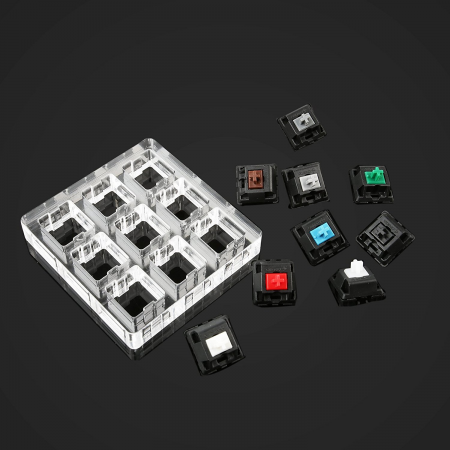 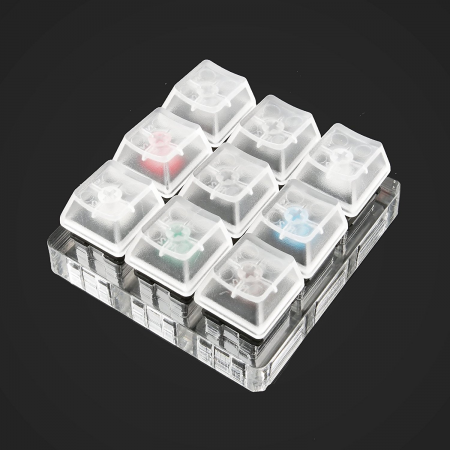 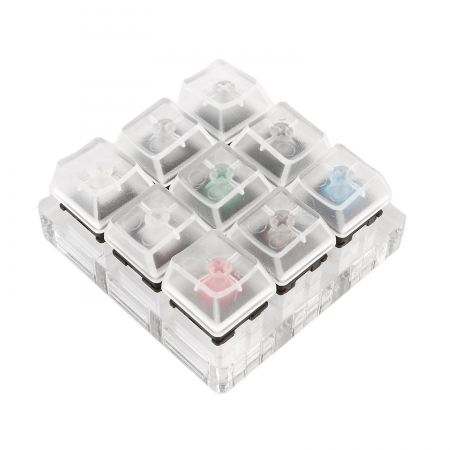 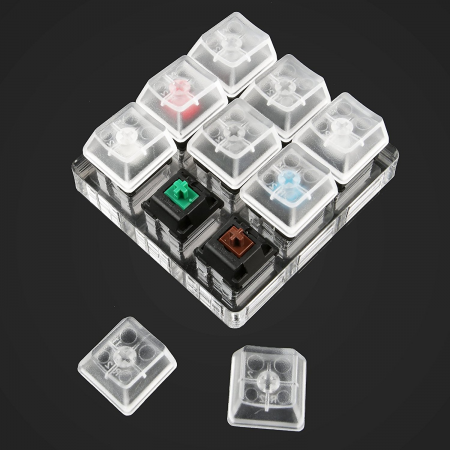 Great little gadget. Fun to play and experiment with the different switches.
Adelbern 02/26/2018, 10:24
Helped me to fall in love with Linear switches even though I've been using Cherry MX Greens for over a year. Now, I love the clack, but linear feels so smooth. Blacks were a bit stiff, reds were too easy to press. I discovered Nature Whites exist which was perfect as I was planning to get a Pok3r RGB. Spoilers: The nature whites are great.
Taylor C 05/20/2017, 07:05
Perfect way to get a feel for different switches. Simple and easy to assemble, great product!
Kevin Scroggins 05/05/2017, 15:07
I was researching mechanical keyboards and I've never used or owned a keyboard that had MX Cherry switches in it. This was the perfect simpler for me to test each switch individually to find the one that I liked the best. If you want accuracy in testing make sure to also pick up a keycap puller. Moving around the same keycap to different switches without one was a bit tricky.
Newbie 03/24/2017, 11:03
Worked perfectly to help me decide which switch I want to use. Easy to assemble.
Simon 03/23/2017, 03:42
I wanted to test different switches for a mechanical keyboard without going to the store, and bought this because I was planning on buying another mechanical keyboard. My current daily keyboard has blue switches which is pretty loud and clacky in my opinion. This is very handy and would definitely recommend it to those who are planning on buying a mechanical keyboard!
Christian Ken 12/22/2016, 08:26
I knew nothing about all these switches differences. Asking a friend for advice he made me rediscover the keyboard world. Without such a device it is quite difficult to guess what you'd feel comfortable with, so it was really practical.
Duck 11/25/2016, 08:58
Great product - helped me determine which switch I wanted to buy. I would have made the wrong choice without this!
Devin B 09/08/2016, 09:21
Helps a lot with deciding which switch to choose, especially if you (like me) have never tried a mechanical switch before and have no idea how its supposed to feel.
Uros 08/30/2016, 11:33
It's nice that the tester has 8 different switches to test (I think that's more than any other tester), and the O-rings are a nice touch, but the keycaps provided aren't all the same (you can't even make 2 consistent rows—at least one has to "mix and match" profiles). When comparing switches, it's best to keep all other variables constant, so 8 identical caps would be best, and 2 different sets of 4 would be okay, but inconsistent rows are just uncomfortable and weird. I used some spare caps I had lying around, so now I have a functional tester, but they aren't see-through, so it can be hard to remember which switch is which. The switches also don't "clip" onto the acrylic base, so pulling caps sometimes pulls the switch out too. It works for me, but if you don't have spare caps, this could be a problem.
Lorenzo 08/25/2016, 09:21
1 2 3 4 5 6 7 8 »
Write a review